As the seasons change in our country, various preparations are made in many houses. Canned and pickled preparations begin at home, especially at the end of the summer. However, it is necessary to pay attention to every stage from the purchase of the materials used to its preparation. Because the “Clostridium botulinum” bacteria, which is mostly contaminated with canned foods, can cause paralysis or even death. Clostiridium botulinum; is an anaerobic bacteria that causes botulism. It is known that the vast majority of severe food poisoning caused by the toxin of the bacteria named Clostridium botulinum is caused by home-made canned food that is closed without cooking at a suitable time and temperature. 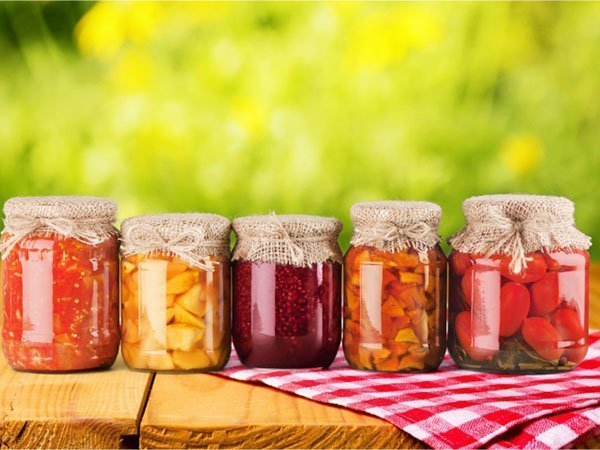 Clostiridium botulinum is an anaerobic bacteria that causes botulism. Homemade canned food is the most important breeding ground. Muscle paralysis and gastrointestinal system disorders caused by toxins are the most important clinical findings.

Patterns made of rusty or corrosive materials are likely to reproduce pathogenic microorganisms. For this reason, heat-resistant glass containers and stainless lids should be used in canning. Before use, glass jars must be boiled and sterilized for 15-20 minutes. Lids should be renewed with every canned production. poisoning of 446 botulinum detected between 2015-2017 years in Turkey and is accordingly seen 36 deaths examined retrospectively, broken cover in the majority of cases, rusty, scratched, or that consumption story found swollen canned indicating the importance of this issue. Preventing the canned bacteria and toxins inside the canned food at high temperature after opening can prevent the disease. Canned food is consumed raw and some legumes canned raw. In canned foods consumed raw, the risk of disease is much higher than the cooked ones.

Attention should be paid to the lid of the can to prevent food poisoning from home canned food. If there is blistering, bulging, it should never be consumed. If the lid is leaking, if there is mold, this can can not even be tasted. When you open the lid, this canned should not be consumed if there is a change in its color, smell and color. Providing products that have undergone necessary checks, analyzes have been made by experts and whose production date / expiry date is certain is a safer measure as long as attention is paid when purchasing.